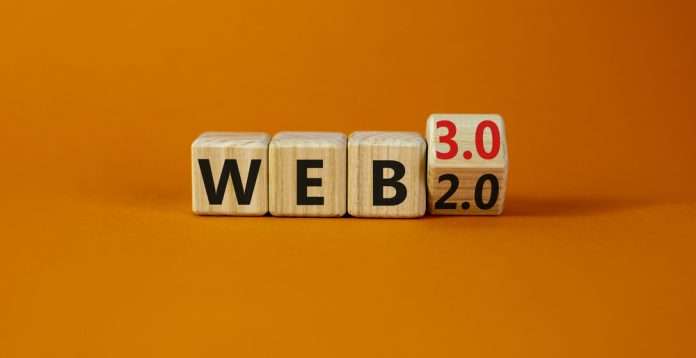 In 1989, Web1, better known as the internet we all know today, was invented. Then came Web2 which refers to the user-generated web. With decentralisation becoming the biggest trend in today’s digital world, the concept of Web3 is now drawing attention worldwide. More and more people are now talking about Web3. But what exactly is it?

Web3 also known as Web3.0 is the next biggest phase in the internet world. Similar to the foundation of cryptocurrency, non-fungible tokens (NFTs) and the metaverse, this latest version of the internet will be centered on decentralisation and user ownership. Compared to the current Web2 phase where apps and platforms are owned and controlled by centralised entities such as corporations and governments, apps and platforms in Web3 will be developed, created, owned and maintained by the users themselves.

Web3 is expected to be a lot similar to Web1 than Web2. Back in the 1990s, Web1 was defined by decentralised protocols and managed by individual users.

Is Web3 Really Just A Fad?

According to Kenrick Drijkoningen, the founding partner of the first crypto-focused venture fund LuneX Ventures and General Partner of Singapore-based play Ventures, he believed that Web3 is real and will be beneficial for businesses of almost all industries.

“People have been claiming bitcoin is fad when it was valued just US$1, but it is now among the top 20 global currencies. True, Web3 is still in the early development days, something like the internet in the mid-1990s. But it’s real. The hallmark of disruptive technology is that it’s dismissed by incumbents in the early days, something we are seeing again today. To understand Web3, you have to dive in, understand the technology and use it. This is daunting for many, so they prefer to dismiss it altogether,” said Drijkoningen,

Yat Siu, co-founder and chairman of Animoca Brands and an active investor in the Web3 sector, stated that while Web3 may seem highly speculative due to its early stage, it’s not a judgement of the value of the possible opportunities it can offer.

According to Siu, “We’ve already been through this sort of fundamental technological change at least twice since the 1990s. The first time was during the birth of the web and technology companies that changed our online lives and the global economy

“I remember trying to explain the value of the web to investors in the 1990s. It wasn’t easy. Even well into the 2000s, people had trouble understanding and dismissed tech companies as a temporary fad that they could safely ignore while investing in “fundamentals” like finance or energy instead. And yet, today, technology companies are by far the most successful, valuable, and dominant companies on the plane,” he said.

The second time happened in the late 2000s and early 2010s when smartphones and mobile games existed. “We were a gaming company when Apple and Android smartphones began to demonstrate sophisticated gaming capability, and we were quick to adopt and develop products for this new technology. But so many people rejected it as just a fad, saying that mobile gaming would never amount to anything or that serious gamers would never consider playing on mobile devices. And yet, today mobile gaming is by far the largest segment of the global games market.”

“In both cases, a lack of vision caused naysayers to lose out on billion-dollar opportunities. Investors, aware of how these major technology shifts happen (they start small and have to endure much cynical commentary), however, understand why early adoption is crucial,” Siu continued.

According to Drijkoningen, Web3 provides great possibilities for entrepreneurs and individuals alike. In fact, he expected it to create a bigger impact on various industries than the internet itself as it will enable users to exchange assets without centralised trusted parties needed.

Drijkoningen stated that with its large groups that are unbanked and its access to permissionless financial services, Southeast Asia can be considered as one of the best markets for Web3.

Saison Capital Partner Chris Sirise agreed, saying that Web3 can also help businesses in Southeast Asia with higher trade financing infrastructure challenges to be more open to fintech innovation. Sirise further said that “in our region, tokens have made it possible for companies to build solid and authentic communities around their products and brands. It won’t be surprising to increasingly see founders utilising these communities as a resource for growing their companies and brands.” This could create a significant impact to the entire tech ecosystem. For starters, it will no longer just involve founders, VC and operators but anyone who is involved in one of the communities through token ownership and is active in the community engagement. Thus, giving the founders more resources at their hands to build significant products that can resolve more problems.

Manav Gupta, Founder of Animoca-backed Brinc also agreed to these views. According to him,  Web3 provides a new approach, allowing more people to have a seat at the table. “We believe these new operating principles will empower the next generation of entrepreneurs, especially in emerging markets, to solve problems that reflect a global citizenry’s priorities rather than those occupying corner offices on Sand Hill Road,” he continued.

According to e27, Web3 is getting more and more attention due to the following reasons:

Have you ever thought of using cryptocurrency as part of your daily routine? If so, you're part of 37% or more than ⅓ of...
Read more
Monthly Roundup

Have you ever thought of using cryptocurrency as part of your daily routine? If so, you're part of 37% or more than ⅓ of...
Read more