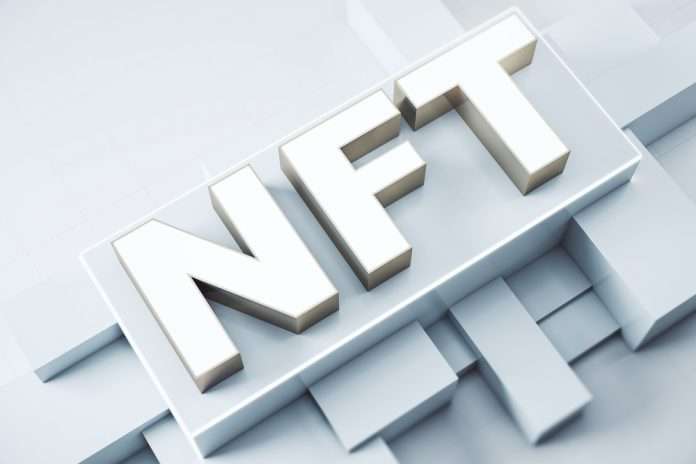 Non-fungible tokens or simply NFTs are here and they have gone mainstream at full speed. Just only a year ago, NFTS specifically art and collectibles were mere ideas. Something that has potential but wasn’t taken seriously. As of today, NFTs are now considered culturally relevant. But what exactly would be the possible future of NFTs?

While other NFTs might feel absurd, others can actually change the way things work today. They can potentially affect how we make and spend money, how we use our time, how we dress and even how we consume content.

To give you an idea, here’s a list of 15 NFTs can actually go mainstream in the years to come:

Every day, there are 12 million people who play Axie Infinity, a NFT-based online video game with a valuation of $3 million. According to Devin Finzer, CEO of OpenSea, the largest NFT platform, one of the reasons why we haven’t seen an even wider adoption of NFTs in gaming is that compared to arts and collectibles, the development cycle is a bit longer with games.

Jamie Burke, CEO of Outlier Ventures (a U.K.-based blockchain VC and accelerator lab) stated that Axie is just the beginning of an even larger future for gaming in the next decade.

Imagine spending your last $5 million on CryptoPunk NFT and then realizing all the bills you have to pay. Fortunately, you can now use NFTs as collateral for a loan at NFTfi. When you hand over the CryptoPunk as collateral, you can just easily get it back once you pay off your debt. In case you default, the NFT can be transferred to the lender, eliminating the need for a stressful debt collection.

For starters, NFTs can be possibly emblazoned with artwork from a designer you admire plus it can also serve as memorabilia just like an old ticket stub from an unforgettable Beatles concert. An NFT doesn’t just give you the right to attend the event. It can also function as concert equity. Thus, giving you a small slice of the event’s profit.

Imagine having the luxury to purchase Dolce & Gabbana’s Doge Crown, an incredible piece of jewelry with seven blue sapphires and 142 diamonds as NFT. Where are you planning to store it? With this, Burke has predicted an environment where people can gather, chat and store their NFTs.

Maria Shen, a partner at Electric Capital, a blockchain-focused venture capital (VC) firm comes with the same idea with a twist. She thought of “a social network that’s made for NFT owners.”

According to Maxime Laglasse, the head of content at Nonfungible.com, “the metaverse is going to be one of the future game-changers of the NFT space.” It can be a place where NFTs can be stored securely, a place where people can appreciate NFT art and a hub for gaming.

Investors may not be as excited to buy offices and hotels as they were before, but in virtual reality, property deals are actually attracting millions of real-life money. Buyers can build whatever they want in the virtual worlds such as Decentraland, The Sandbox and Cryptovoxels.

According to Laglasse, “now you can link your Instagram account, your Twitter account, and almost every social media account to ENS. Since it’s decentralized, you can truly own the name you show to the community.” Although you can’t exchange them for money like art and collectibles, digital identity can help prove that you actually own something.

Burke argues that as of the moment, the only real way to monetise online influence is through advertising. But what if this influence can actually be quantified, scored and captured as an NFT? According to Burke, NFT might be able to factor in different variables such as online reputation, trustworthiness or even the ability to create good content.

Shen, on the other hand, thinks of this concept as a credit score, but one to gauge credibility and influence. Take Rabbithole.gg for example. Here, users can earn cryptocurrencies or tokens by completing certain tasks or by proving that they have a set of skills.

Popular artists such as Shawn Mendes, Grimes and Snoop Dogg have all tried dipping into NFTs as they search for new ways to monetise and engage with their audiences. Kings of Leon, an American rock band, didn’t just release an album in NFT, they have taken a step further by playing their NFT in space.

The use of NFTs in the healthcare industry can be huge. For starters, NFTs can be used to safeguard the confidentiality of health records. Furthermore, NFTs can also tighten supply-chain tracking of medications.

Matty, also known as the DCL Blogger, stated that “advertising is not something people pay attention to. Why wouldn’t websites sell NFTs that give people the right to certain media spots?”

Sorare, a fantasy football platform based on NFTs that allows players to buy, sell and trade cards with other players, has announced that it has raised $650 million for its sports NFT game.

While NFT is an interesting and a much talked about topic of today, it still is a chaotic industry with no clean search function yet. According to Shen, it may be compared to websites back in the 90s before Google existed.

Digitization of everything physical

Andrew Steinwold, Managing Partner at Sfermion (an NFT investment firm) and the host of an NFT podcast stated that NFTs are going to be used for anything in the future. Since people are now spending most of their time online, we will likely have more digital goods. He expects that people will soon be needing an NFT companion for their favorite pair of shoes, wine, watches, cars and more.

Find out the latest cryptocurrency and NFT news in Singapore for the entire month of August 2022 only here at SGBusinessTalk.
Read more
Cryptocurrency

Find out the latest cryptocurrency and NFT news in Singapore for the entire month of August 2022 only here at SGBusinessTalk.
Read more

ABOUT US
Keeping you up to date with latest business news and technology trends.
Contact us: hello@sgbusinesstalk.com
FOLLOW US
© 2023 SGBusinessTalk